Utawarerumono: Mask of Deception (うたわれるもの 偽りの仮面, Utawarerumono: Itsuwari no Kamen) is a Japanese tactical role-playing visual novel game developed and published by Aquaplus and the second instalment of the "Utawarerumono" series. The premium edition includes an art book, mini soundtrack CD and a DLC code for the ToHeart2 characters Tamaki Kousaka and Sasara Kusugawa to be used as combat units. The first-print run includes a DLC of the ToHeart2 characters but excludes their swimsuit costumes. Both the premium and first-print standard edition will include an application ticket.

When I came to, I was standing somewhere in the wilderness where the snow was falling. I don’t know why I’m in a place like this Rather, my memory... I can’t remember what kind of person I am, or even my name. I stood still, shocked at the situation. But, as if to ridicule me, a giant bug-like “monster” suddenly attacked. I was cornered as I desperately tried to escape. I was in an extremely dangerous situation. But then a girl gallantly appeared. Her name was Kuon, and this beautiful girl with animal-like ears and a tail, saved my life.

Much of the game is simply the story that it has to tell, as the choices you make do not affect the ending. The battles are turn based, and may require some strategy from time to time. Battles are enhanced by equipment or abilities that a character may have.

Haku (ハク)
CV: Keiji Fujiwara
The main protagonist of the story. A young man who has lost memories and uncertain of his identity. He was saved from a monster attack by Kuon and gave him his current name. He excels at using his quick-witted insights although he's not serious nor a hard-working person. He's worried about that he may die in a road without Kuon due to his remarkably low stamina.
Kuon (クオン)
CV: Risa Taneda
The main heroine of the story. Away from her hometown, she's a beautiful lone traveler who has an ability to fight using hand-to-hand combat. She helped a man with an amnesia and gave him a name "Haku". She is lively and clever but somewhat distant somewhere. She may be young to be a doctor but her skill is certainly good.
Rulutieh (ルルティエ)
CV: Ai Kakuma
The princess of Kujyuri, a dependent nation of Yamato. A timid noble girl who owns two pet birds named Pororo and Cocopo. She is heading towards the capital of Yamato as a messenger carrying the tribute.
Nekone (ネコネ)
CV: Inori Minase
Ukon's younger sister who may seem like his daughter. An intellectual girl who looks very sweet due to her youth and stretches herself to speak politely. She is the youngest person who passed a difficult test. Her favorite foods are sweets, and she has a hobby of examining matters of ancient times.
Atuy (アトゥイ)
CV: Yumi Hara
A young girl who is bright and fearless with an elegant tone of speech. Although she may seem an affectionate young lady, she is an expert on utilizing a spear. She always places Kurarin's pet on top of her head.
Kiwru (キウル)
CV: Murase Ayumu
Ukon's sworn brother from Ennakamuy, a dependent nation of Yamato. Easily flustered and a worrywart, but a skilled archer with strong potential.
Nosuri (ノスリ)
CV: Nozomi Yamamoto
A girl who leads a clan of thieves titled after her name. She is a lively thief who has a big chest and not very well organized. Her younger brother, Ougi is always by her side.
Ougi (オウギ)
CV: Takahiro Sakurai
The assistant and younger brother of Nosuri. He appears to be very sharp and has good manners despite being young.
Uruuru & Saraana (ウルゥル・サラァナ)
CV: Ayane Sakura
The twin sisters who follows Haku's party around, although their intentions are unknown. Despite their identical appearance leading to not being able to distinguish the sisters, Uruuru's skin color is white while Saraana has tanned skin. 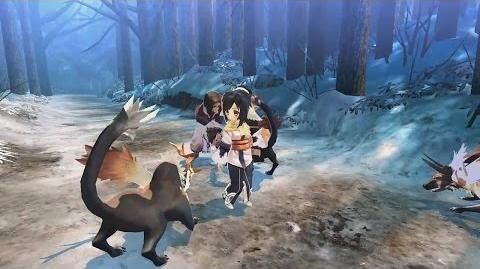 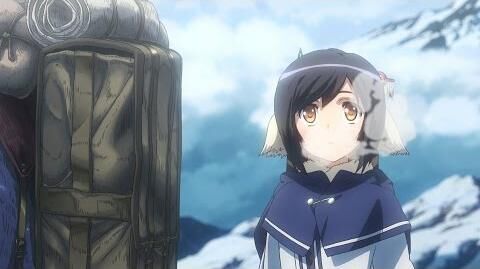 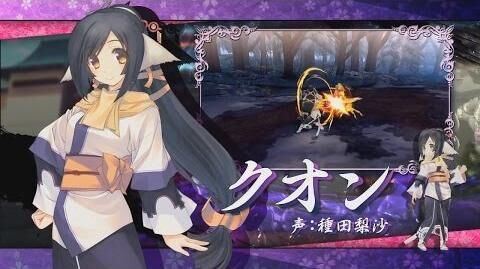 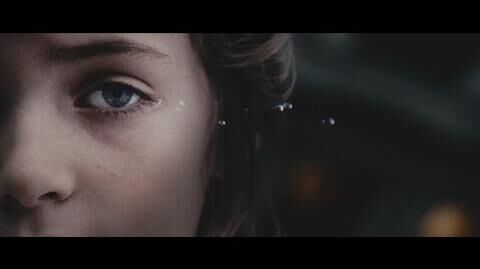 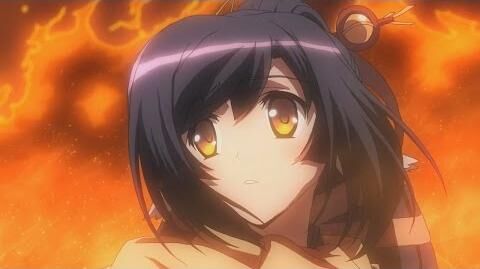 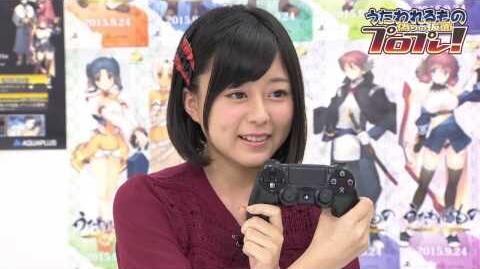 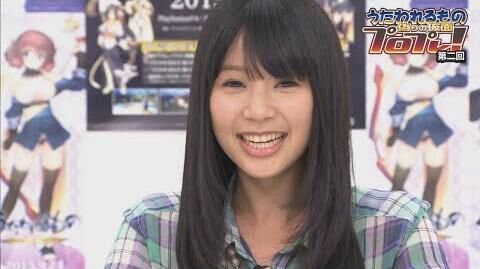